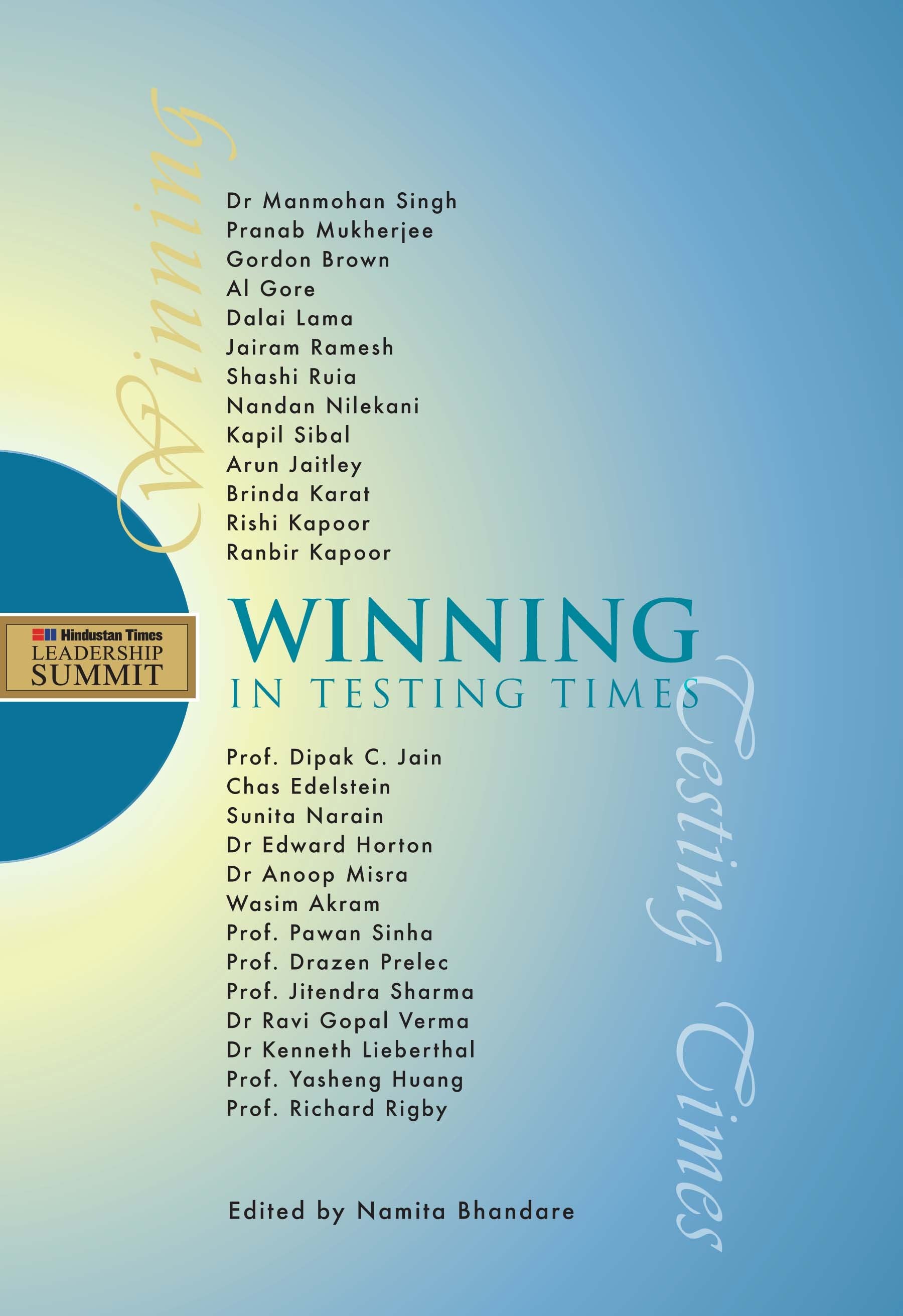 Winning in Testing Times, the theme of the eighth Leadership Summit, witnessed leaders speak with candour before an equally distinguished audience on a variety of subjects. Prime Minister Dr Manmohan Singh outlined his vision for India while Gordon Brown, former British prime minister spoke about India's role in finding a lasting solution to the fi...nancial crisis. Al Gore, former US vice president and Nobel Laureate, discussed the continuing challenge to the environment and His Holiness the Dalai Lama gave his special insight into finding happiness in these troubled times. Finance Minister Pranab Mukherjee spoke about balancing reforms with inclusive growth even as Shashi Ruia and Nandan Nilekani spoke about making the Indian brand global. Other Indian ministers who addressed the audience and answered questions included Kapil Sibal and Jairam Ramesh. Represented by Brinda Karat and Arun Jaitley, opposition leaders spoke about the issues and challenges before Indian democracy. The summit had its lighter moments with two generations of Kapoors, Rishi and Ranbir giving a rare insight into Hindi cinema's most enduring dynasty. In addition, there were fascinating sessions on new developments in brain research, the diabetes pandemic and the rise and rise of China, and what it means for the world.